To script it on paper, it might seem an unlikely matchup. Linda Gail Lewis, piano player and rockabilly singer, paired with one of the more famous songwriters to come out of the alt-country era, Robbie Fulks. And yet, their new record is the toast of the roots music community, grabbing high praise from every critic who has reviewed it thus far. The album, appropriately titled Wild! Wild! Wild!, is on Bloodshot Records, and Fulks and Lewis are in the middle of a brief tour together to promote it. I caught their show in Ohio at Natalie’s on Sept. 26 with high expectations. I was not disappointed. 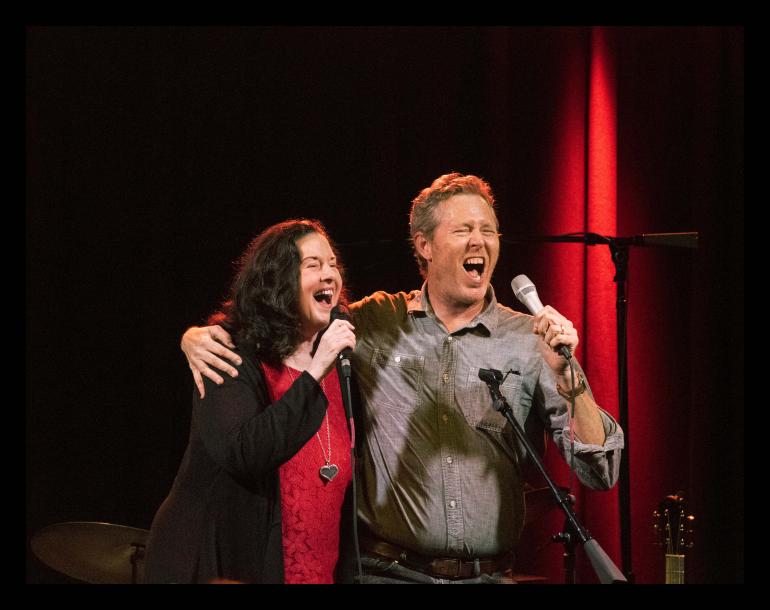 To fans of rockabilly, Linda Gail Lewis needs no introduction. She is Jerry Lee Lewis’s sister. And if you didn’t notice, talent runs deep in the Lewis family! Lewis has forged her own musical career, though, recording first with her famous brother on numerous records, including a duet album, and later on as she made her own albums. She has toured around on stages everywhere, playing the same style of boogie-woogie, rock and roll piano made famous by Jerry Lee, but giving it her own sass and style. Like her brother, she also is a fine honky-tonk country singer, a fact that did not escape Robbie Fulks’ notice. Fulks got to know her and eventually decided to write and produce an album for her which would become instead a duet album of sorts. As mentioned, it’s a fabulous record. But how would it translate on the live stage? 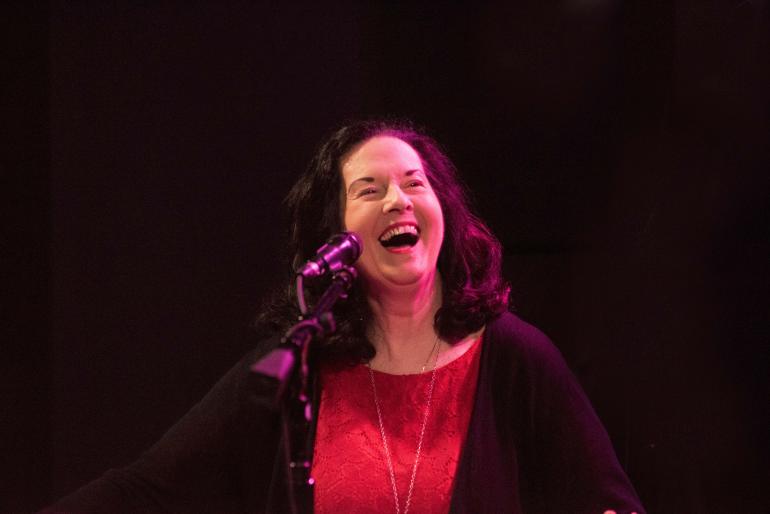 The touring band is composed of Alex Hall on drums, Beau Sample on upright bass, and Redd Volkaert on lead guitar. These guys are all notable players. Great players, in fact. In particular, Volkaert is most known as Merle Haggard’s guitar player! After Roy Nichols left Haggard’s band, Volkaert was selected to replace him. These days Volkaert can be found in Austin playing with various artists and bands including Heybale. The opportunity to see him had me salivating. He did not disappoint either. His playing held the requisite telecaster-style twang you hope for in a honky-tonk band, while seamlessly incorporating rock and roll and jazz styling throughout. 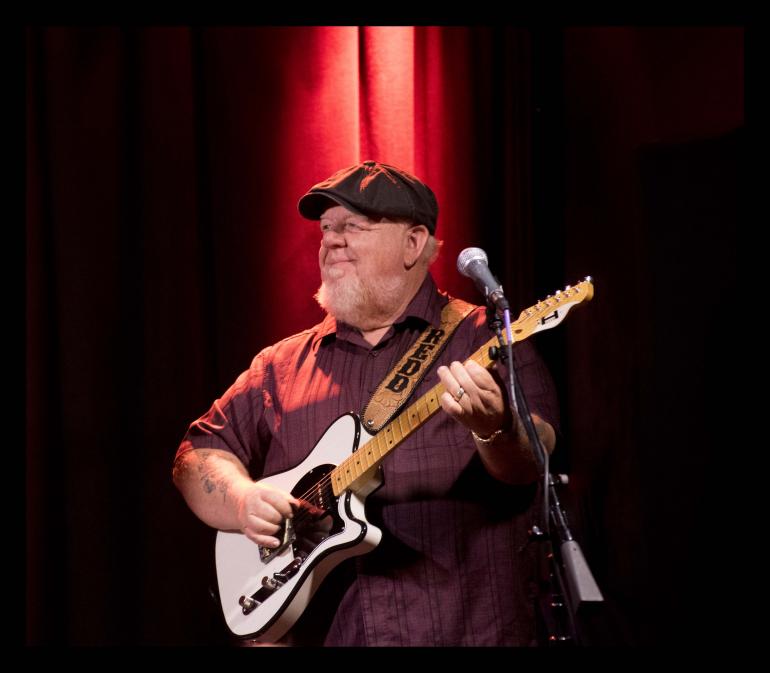 Fulks opened the evening with the aforementioned band and played a number of selections from his vast catalog, focusing on country music. In particular, his own tune “I Just lived a Country Song” really resonated. It’s on the new record, by the way. He introduced it by saying that he could relate to the character himself, with one exception, of course: not having a hit song! Fulks has a serious side to be sure, and he’s gifted at singing heartfelt slow weepers at times, but it’s really his humor and sense of fun onstage that has endeared him to fans for a couple of decades. This particular band really brought out the best in him, I believe. Fulks is a fine guitar picker himself, capable of playing jaw-dropping licks that astound many a crowd, and this night was no exception; the added bonus of course, was watching he and Volkaert go back and forth trading solos. That alone was, as they say, worth the price of admission. 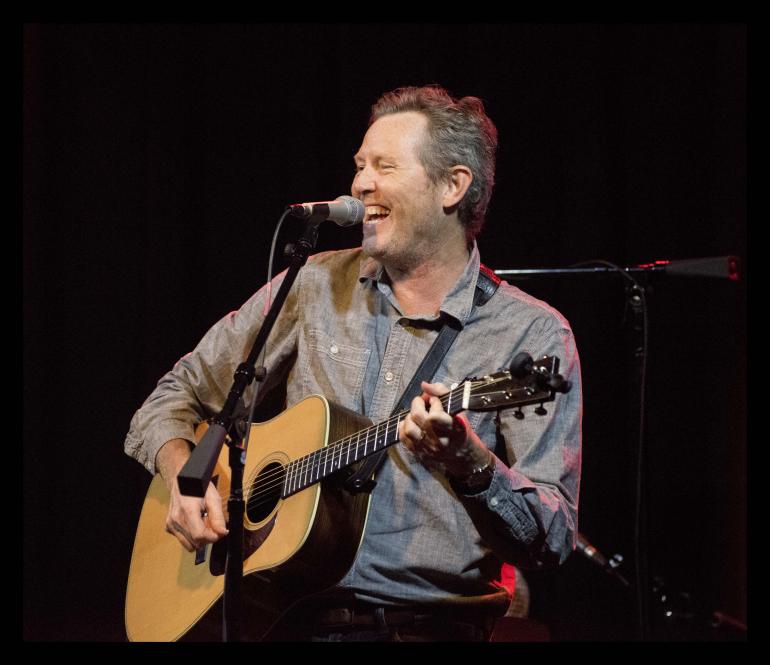 In due course, Linda Gail Lewis was introduced to the stage to rapturous applause and the band immediately went into a full-blown rockabilly number, “Boogie Woogie Country Girl.” Lewis’s fingers pummeled the keys with trademark bravado as she grinned from ear to ear, singing with serious conviction. Fulks contentedly played sideman as she ran through several rock and roll greats like “Shake Rattle and Roll” and her brother’s hit, “Great Balls of Fire.” Lewis introduced another song penned by Fulks specifically for the album as a song that surprisingly depicted her life accurately. The song is called “Round Too Long,” and it too rocked and rolled and gave Lewis plenty of space for piano pounding. Honestly, it was mesmerizing to take in, and especially difficult to photograph as I was getting so caught up in the stunning power of it all. Eventually though Fulks slowed things back down by mentioning it was time once again to do some country music. He gleefully introduced the song “Don’t Let Me Cross Over,” originally a hit for Lewis and her brother back in the day. Lewis laughed as she recalled how she and Jerry Lee couldn’t keep a straight face in the studio while trying to record it. In fact, they only managed one good take! This set up the first of many duets of the night, and the two demonstrated how it should be done, playing songs such as “Your Red Wagon” and the title track of their new record, which rocked and rolled like a roaring freight train and somehow defied you to not get swept up in its irresistible charm and incessant beat. 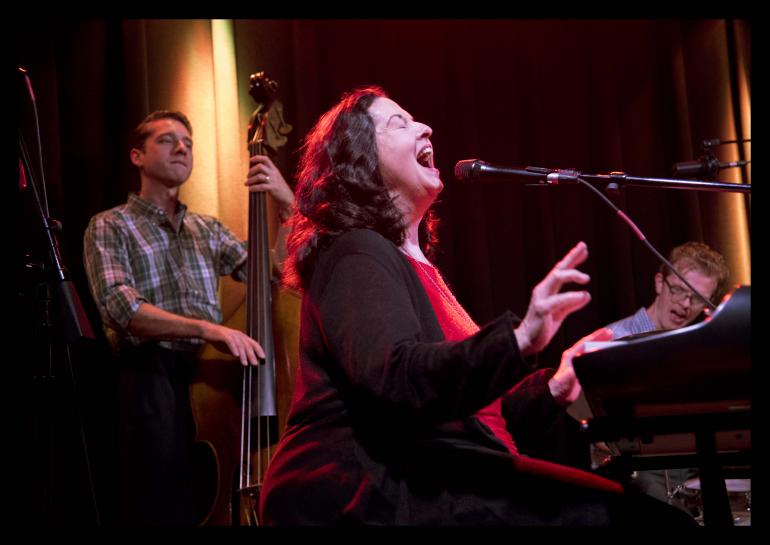 Somewhere along the way, Lewis introduced her daughter to the stage, Annie Marie Lewis, and she played the remainder of the evening as a backup singer to her mother, as well as singing a blues tune. Annie Marie is also a well-known performer in the rockabilly world and has recorded numerous albums with her husband, Danny B. Harvey, and an album with her mother. It was impressive to see that the Lewis family’s talent continues on to the next generation! 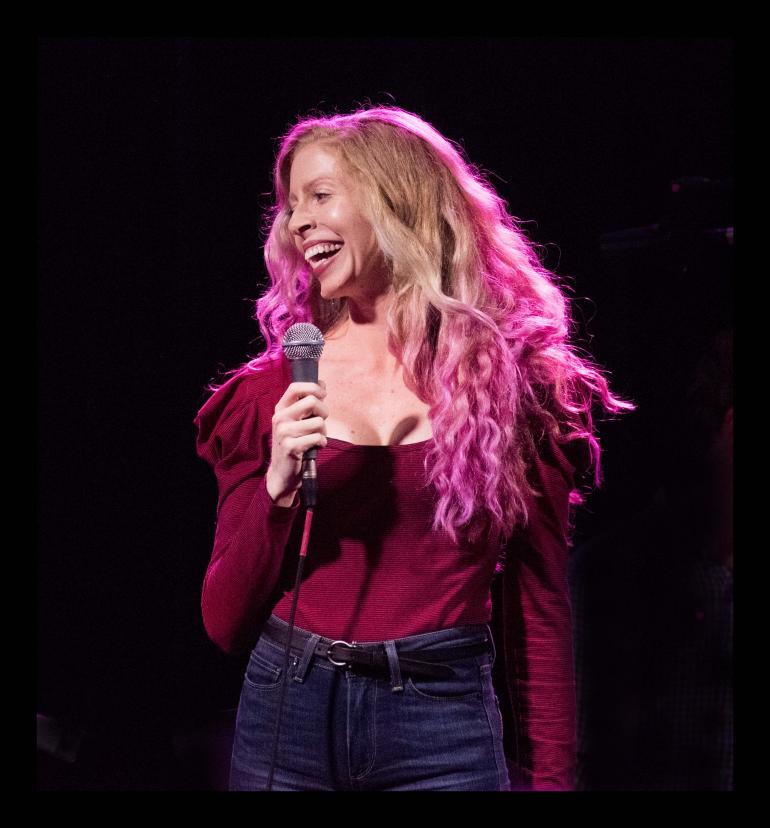 More great singing and playing continued, including the traditional song “I am a Pilgrim,” which showcased the power of  Fulks and Lewis’ vocals in beautiful harmony. Another song among the evenings many covers, and showcased on their new record, is the Al Anderson-penned “It Came From the South.” Fulks arranged it as a duet and it proved to be a fitting song given Lewis’ venerable lineage. The song of course is referring to the great sounds that came out of the Sun studio in the ’50s, and as the chorus goes, “ot didn’t come from outer space, it came from the South.” Glorious stuff. Lewis’ piano playing and Volkaerts lead picking gave it extra color. 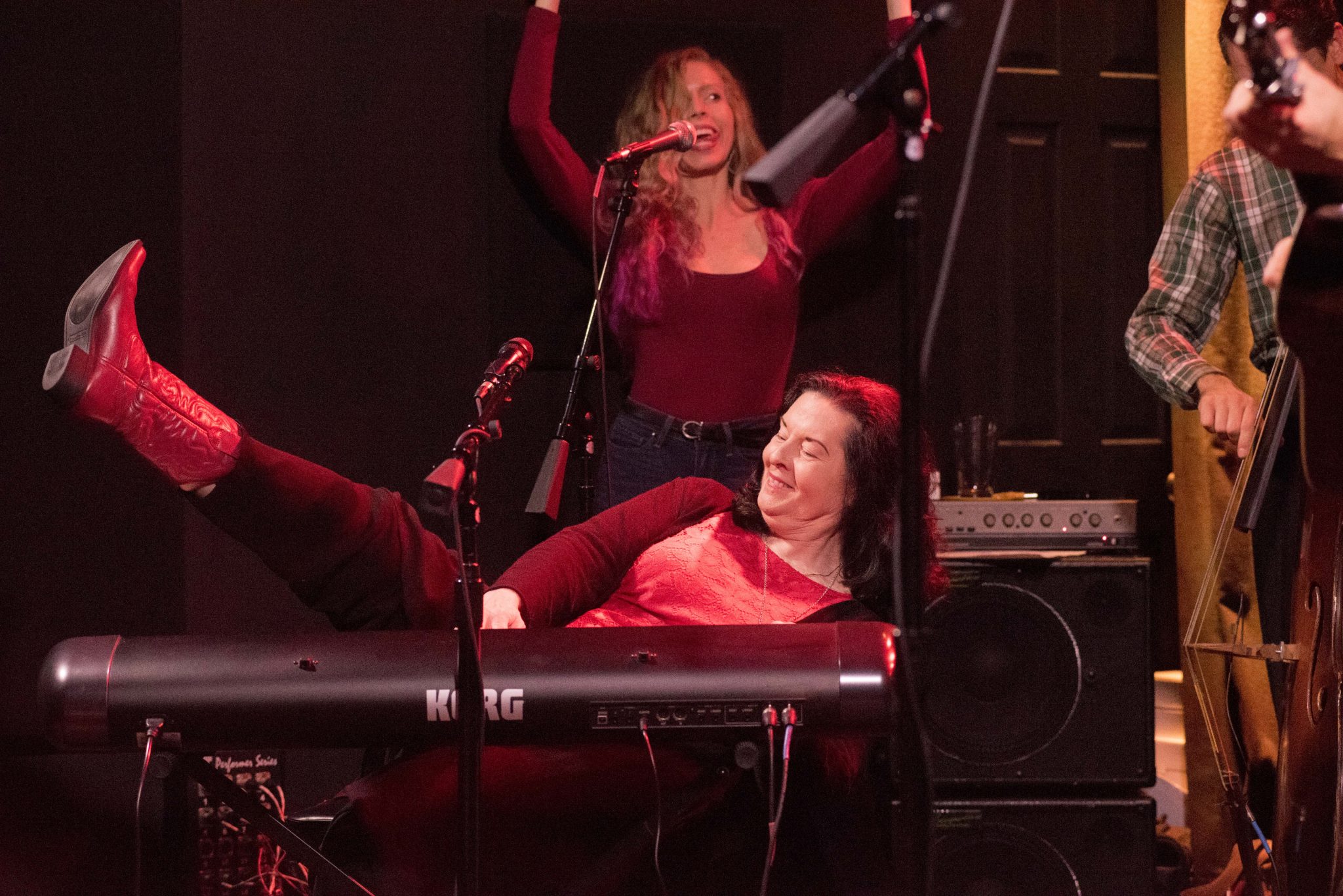 As the evening wound down, the band went back into full-on rockabilly mode and more great rockers ensued, including “Roll Over Beethoven” and of course “Whole Lotta Shakin’,” which practically brought the house down as various band members traded solos into a dizzy, glorious crescendo. It was a night to remember. Robbie Fulks and Linda Gail Lewis pulled it off and gave us all a fine demonstration of the beauty and power of truly great music. Do yourself a favor and go see them when you get a chance.